I staged daily private choreographies at my home from June 2014 to June 2015, shooting and documenting the whole year with a special game camera. The end result is a video piece animated out of still images, accompanied by a soundtrack made from fragments of my own voice, forming a dense aural puzzle of chopped syllables and rhythmic sequences of de- and re-assembled verbal gestures.

In this work, home can be seen simultaneously as a concrete and a mental place where we try to isolate ourselves from the rest of the world. But if nothing else, then at least the daily changing light, penetrating through the windows, punctuates the pockets of our self-contaidness and connects us with rest of the universe. Considering our positions of free riding passengers on Earth's rotational movement – travelling in time and space – the notion of an autonomous individual inhabiting his or her own private space is suddenly seen in a different light.

Video has been installed in an old hut, a trekking tent on a beach, lobby of a film festival, in an office space and in gallery premises. 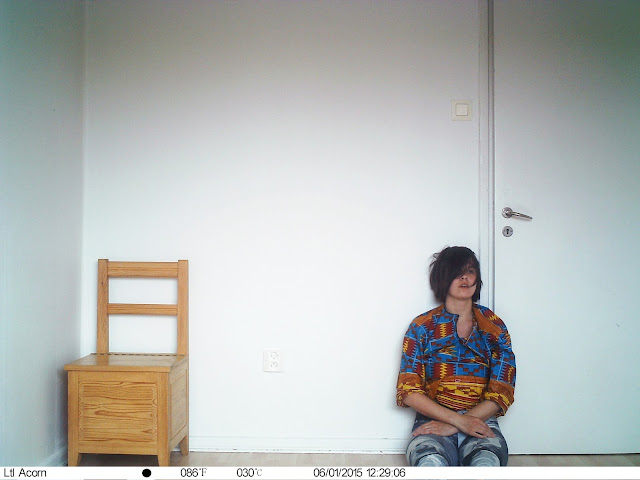