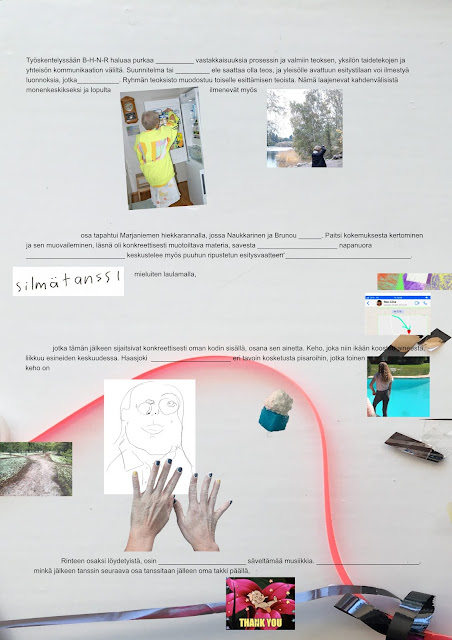 Artists Rea-Liina Brunou, Pauliina Haasjoki, Anne Naukkarinen and Piia Rinne have spent over a year creating drafts of artworks and giving them to each other. These shared drafts have taken the form of texts, photos, sculptures, compositions, recordings, dance scores and performances in homes, beaches and playgrounds. This material, circulated, accumulated and transformed, will end up in Oksasenkatu 11 as a space of multiple happenings. Swap is a becoming, a continuous process, not seeking completion as a coherent work of art but rather as a pendulum swinging between the dates 19 th to 29th November, 2020. The second part of the work will be shared at Kunsthalle Seinäjoki in January 2021.